Yes….really….the BAFTA award winning Game of Thrones TV show (dubbed to get bigger than Lord of the Rings) was actually filmed here ‘on location’ in our ancient 16th Century castle courtyard on Castle Ward Demesne just outside Belfast in Northern Ireland (only 2 hours from Dublin).

As you journey across the vast ancient demesne you soon realise why the HBO film location scouts chose here; it is like a time-warp as you enter the castles courtyard via the imposing north tower entrance gate; the sprawling surrounding landscapes and far-reaching views; it was the perfect place to create the ‘Winterfell’ strong-hold – home of the Stark family.

In the show there was an archery range in the ‘Winterfell’ courtyard where young ‘Bran Stark’ was being trained by his big brothers ‘Jon Snow’ and ‘Rob Stark’ to try and be a better archer than his sister ‘Arya Stark’! All this took place under the watchful eye of his father ‘Ned Stark’ and his mother ‘Catelyn Stark’.
“Which one of you was a marksman at ten?” (Ned Stark said to Jon Snow and Robb Stark as they laughed at young Bran missing the target again) “Keep practising Bran.”
“Relax your bow arm Bran.” (Robb Stark)
For the best Game of Thrones tour Dublin please click here.
A replica of the ‘Winterfell Archery Range’ has been masterfully recreated in our courtyard in the very same spot that the filming took place, transporting you into the world of Westeros. Meet the Winterfell Master-at-Arms in the ‘Armory & Forge’, dress up in character costumes from the show then step into the movie set and stand exactly where ‘Jon Snow’, ‘Robb & Bran Stark’ stood – don’t forget your camera! 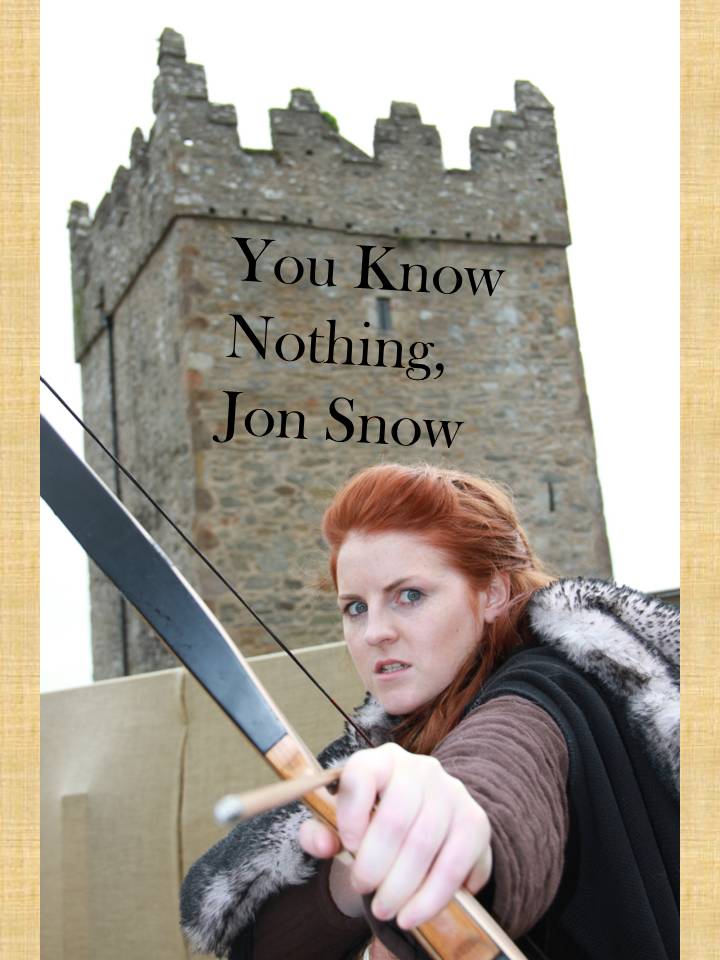 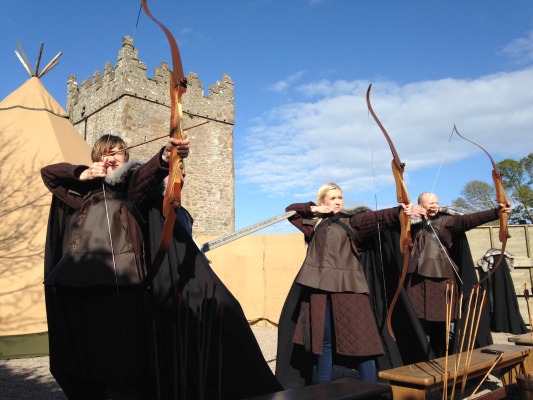 Same as ‘Bran Package’ plus:

Just 40 minutes from Belfast City Centre and 2 hours from Dublin.

TripAdvisor traveller rating: 5 of 5 stars
Our private session archery was great fun as was getting dressed up; our instructor Jon Snow was friendly and helpful; the whole experience was seamless from the booking through to the (mock!)… …more

TripAdvisor traveller rating: 5 of 5 stars
did archery with the other half an i hav to say we loved it,the staff are so so nice an to be in the set of winterfell was amazin.plannin our next trip asap.thankyou clearsky…10 otta 10 …more